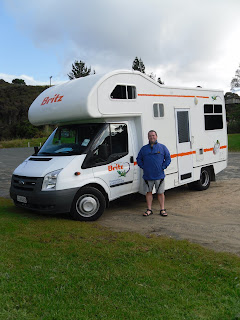 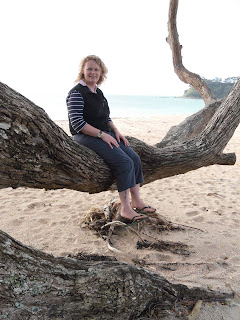 Hello one and all out there in the ether!

So, 3 take offs and landings, some seriously tasty airplane grub, an annoying American accent and 12 hours sleep later – we’re on terra firma and started the proper holiday.  The flights over were brilliant.  If anyone goes long-haul, you won’t go far wrong with Emirates.  Loads of things to watch on your own private screen on demand – so naturally, I watched a box set of the IT crowd, a bit of Family Guy and listened to lots of Monty Python.  All stuff I’d heard before, but nevertheless was making me chuckle along the way.  The A380 is an awesome beast of a machine.  But at the same time, really quite.  Probably the quietest plane I’ve been on.  We were sitting in cattle class (‘ground floor’ if you like) level with the wing.  In truth, we couldn’t see much out the window because the wing was so huge!  But, when the pilot kindly did a left turn, we could see a bit more.  We flushed the loo as we flew over Adelaide before having brekkie and touching down in Sydney for a splash and dash to get us to Auckland.  Front and down facing cameras on the planes are a good touch too.  Got to Oz and discovered that our flight was one of the few that was actually running to Auckland.  Most other carriers had cancelled their flights because of the ash cloud.  But apparently, we flew under it.

Got to Auckland, and for once managed to get through customs into a country without being apprehended!  That was until we got the a rather stroppy woman on the biohazard scanning desk.  Naturally it was at this point we did get stopped by the authorities wanting to check our footwear packed in the deepest darkest parts of our luggage.  After producing said footwear and throwing some rolled up pants at her in the process, she stropped off into another room, returning a few minutes later with a face akin to a freshly slapped bum and produced two plastic bags, sealed with our boots in.  Not content with that, even though we had landed, we were then carted off to the x-ray machine too.

The van took a bit of getting used to initially, buts it’s quickly become a home from home.  Hopefully, picture attached!

We got up this morning and have made our way up North to the bay of Islands guided by Ali ‘SatNav’ Hill and also the delights of Tourist Radio!  A fantastic tacky gadget with is mounted on the windscreen.  It transmits on a frequency which you tune your van stereo in to.  Most of the day, it plays random oldies, but thanks the GPS gadget contained in it, it knows exactly where you are and when there’s something worth saying about the local area or a place worth visiting, some really cheesy woman comes on and tells you about it.  Hours of entertainment!

We’ve had the best part of half a day on the road and have now found ourselves in Bay of Islands where Ali stood on a small sapling for a very long time and it turned into a tree (hopefully picture attached) and we saw loads of sea birds feeding on fish just a stones throw off shore.  (At least I think it was stones throw – the beach had lots of sand and no stones so I couldn’t test that out for purposes of accuracy or factual importance.)  We’re now pitched up for a night at another Top10 site in Kerikeri and had a walk into town.  Amazing place – even better if we were here early enough to witness the shops actually being open.  Tomorrow, we’ll have a bit more of a look around and check out some of the sites around here before filling up one tank, emptying another and filling yet another and making our way down past through Auckland and to Rotorua.  Quite a long drive, but we plan on two nights there which should mean we get to see more stuff.

Anyway people, time to put the kettle and dinner on, wake Ali up from her snoring on the sofa bed/dining room table thing and to leave you all in pieces.

Blond moment/quote of the day:  Ali – ‘It’s bloody South African!!!’  After realising the ‘local’ bottle of wine she spent 10 minutes choosing in the supermarket last night wasn’t as local as she first thought!  Right hemisphere though!